The Powerful Connection Between Your Hips and Your Emotions 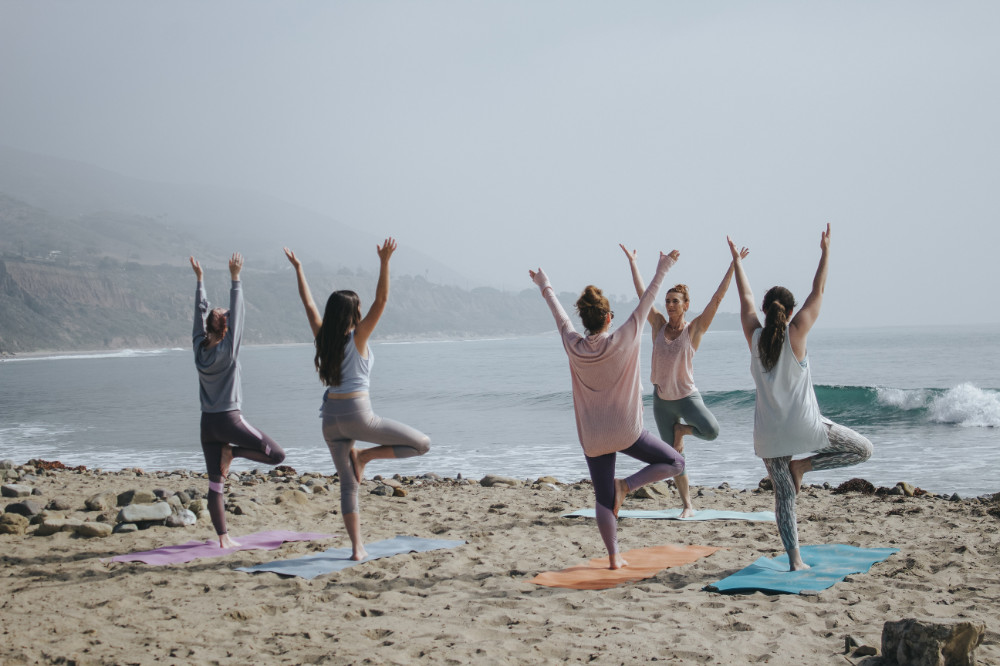 Perhaps you’ve heard your yoga teacher refer to the hips as the body’s emotional junk drawer.

While folded over in pigeon pose, you may have wondered if there’s any truth to this statement.

It turns out, the answer is pretty incredible.

To get the link between the hips and emotions, understanding the mind-body connection is key.

When you’re stressed, your emotional and physical health can both suffer. People with trauma or other mental health conditions like anxiety and depression often experience physical symptoms as well.

Through it all, there may just be a common link: the hips.

Of course, each body is different. Where one person holds stress in their body may not be exactly the same for another.

However, neuroscience and somatics point to the hips as a potential storage vessel of emotions. They also offer a window into emotional healing. Here’s how.

Getting to know your hips
To look at how the hips can store emotions, it’s important to first understand their function and anatomy.

The hip is the area on each side of the pelvis. The joint itself is one of the largest and most unique joints in the human body, responsible for bearing weight, stabilizing the core, and moving the upper leg.

The tighter your hips are, the less mobility your body has. This can result in pain and hinder daily activities like walking and climbing stairs. Tight hips can also cause an anterior tilt of the pelvis which results in poor posture and misalignment of the head and neck.

This goes to show how important the hips are when it comes to how the entire body functions.

The big story within the hips revolves around the iliopsoas muscle — a deep muscle group located toward the front of the inner hip.

The psoas is the deepest support of our core, according to Martha Eddy, a leading somatic educator, author, and founder of Dynamic Embodiment.

“The pelvis is full of our creative, reproductive organs and contains the centrally located psoas muscle that connects the upper and lower body (the breath and diaphragm to the legs) making the core of our body important both physically and emotionally,” Eddy says.

Many types of pain can be linked to a dormant or tight psoas muscle, especially because it stabilizes the spine and affects posture. In this case, your lumbar spine may lose its natural arch by becoming overly flattened or overly curved.

According to a 2021 study, prolonged sitting is one of the main causes of limited hip extension and the associated pain and discomfort.

In fact, poor posture is linked to depression, fatigue, stressTrusted Source, and headaches.

Stress and the body
Here’s the interesting part: Nestled into the psoas are the kidneys, responsible for filtering toxins in the body, as well as the adrenal glands, which control the fight, flight, or freeze response.

This is how we begin to understand where emotions come into the picture.

The fight, flight, or freeze response is your body’s natural reaction to perceived danger. When you’re under any kind of mental or emotional stress, your psoas muscle responds by tightening.

Eddy notes that even after the stress is gone, the tension may still linger in the body and hip area, contributing to things like headaches and lower back pain.

“When someone is really traumatized, certainly the hips are an area that’s holding it,” Eddy says. “That gut pain and fear make you curl up and hide, so you’re going to be contracted.”

How emotions get stored
Neuroscience also offers a look at how emotions become stored in the body.

She famously stated that “your body is your subconscious mind,” and that the physical body can change depending on what we’re feeling.

Pert’s research suggests that emotions are electrochemical signals that carry emotional messages throughout the body. They are then expressed, experienced, and stored within the body and mind.

This can influence activity in the brain and change the cell to either have a positive or negative effect on the body.

Pert’s work proposes that each cell carries a kind of consciousness that stores memories and emotional states.

Current research supports this as well.

A 2021 studyTrusted Source noted that cell consciousness can be explained by the presence of nano brains and that cells are “highly sensitive” and respond to sensory stimuli as well as internal and extracellular electromagnetic fields.

The researchers concluded that eukaryotic cells, or the cells that make up plants, animals, fungi, and single-celled organisms, are “cognitive and intentional.”

According to a 2019 study, certain emotions are associated with specific areas of the body. Interestingly, these correlations are universal across cultures and sex assigned at birth.

This implies that both lenses may be useful in understanding emotional health.

Considering the psoas link to the fight or flight response, it’s understandable that stress might get “trapped” there.

Furthermore, the hip region is associated with the sacral chakra, an energetic center believed by some to house creative energy and sexuality. It’s also linked to how you relate to your emotions and the emotions of others.

A blocked sacral chakra is said to lead to emotional instability as well as reductions in pleasure. When the hips are tight and contracted, it’s possible that sacral energy that’s not expressed remains stuck.

“Your body is your subconscious mind.”
— Candace Pert, neuroscientist

Ways to release old emotions in the hips
There are several ways to release fear, trauma, and stress associated with tight hips. These include:

These body-awareness practices involve focusing on your inner experience as you perform intentional exercises.

Somatic exercises include:
rolfing
shaking
Body-Mind Centering
Alexander Technique
Feldenkrais Method
Laban Movement Analysis
Eddy notes the importance of movement for releasing held emotions. By expanding your internal awareness, you can listen to the cues your body sends about where you may be storing stress or imbalance.

In her work through Dynamic Embodiment, Eddy also focuses on movement as a way to activate the lymphatic system to aid the transit of white blood cells throughout the body.

When it comes to the hips specifically, Eddy says the key is to get the spine moving.

“You want to contract and lengthen [the psoas] and get it moving like an accordion,” Eddy says, emphasizing full body involvement. “Not just with the leg but with the whole spine.”

Eddy notes that African dance is a wonderful way to create fluidity as it involves the movement of the entire spine. She also recommends sideward movements like twists and rotating the body to activate the psoas.

Yoga, stretching, and mind-body practices
Practicing yoga is another way to release tension in the hips and get the full body moving.

Some good options include:

In addition, pelvic stretches like a ground bridge with pelvic tilt can be therapeutic if you’re experiencing psoas pain.

There are also plenty of hip flexor stretches and exercises you can add into your daily routine, such as lunges and seated butterfly stretches.

Other practices that can aid releasing tension and increasing the mind-body connection include:

“If you’re massaging your foot and this arch in the foot is collapsed, then you might have an overstretched psoas, or if it’s really held tight, you might have a tight psoas,” Eddy says. “Working this lateral arch of the foot in reflexology means you’re going to be working with the lower back or down [in the hips].”

By applying pressure to the arch of the foot, which is where the psoas and adrenal glands spots are located, you can also release some of the tension in your hip area.

Listening to your body
Through somatic experiencing, a type of therapy that emphasizes the mind-body connection, you can learn to notice and make peace with bodily sensations.

Working through the pain and physical symptoms can help you get in touch with their underlying psychological causes.

“That work is embodiment work, it’s where you sense it, you feel it, you then also move from it,” Eddy says. “And then either embracing it, working with it, or negotiating with it to make changes…whatever the cause, it will reveal itself in its deepest level.”

Takeaway
If you experience stress and anxiety regularly, get acquainted with how it feels and where it may be held in your body.

While you might notice and talk about your experience with a mental health professional, it’s another thing to use movement to release stored tension.

The hips are an important storage vessel of emotional stress because of the psoas’ link to the adrenal glands and the location of the sacral chakra.

Next time you’re in yoga class doing hip-opening postures, you might just notice that there’s a lot more going on than just a simple stretch.

13 Simple Ways to Lower Your Triglycerides
What’s the difference between a cold and the flu?
The Powerful Connection Between Your Hips and Your Emotions

Website made with ♥ in Cicero, IL
© 2021 Cicero Health Department